HHC Safety: Beyond Testing, What the Cannabis Industry and Consumers Need to Know (Hexahydrocannabidiol)

Home » HHC Safety: Beyond Testing, What the Cannabis Industry and Consumers Need to Know (Hexahydrocannabidiol)

HHC Safety: Beyond Testing, What the Cannabis Industry and Consumers Need to Know

By Elena Schmidt and Tyler Workman 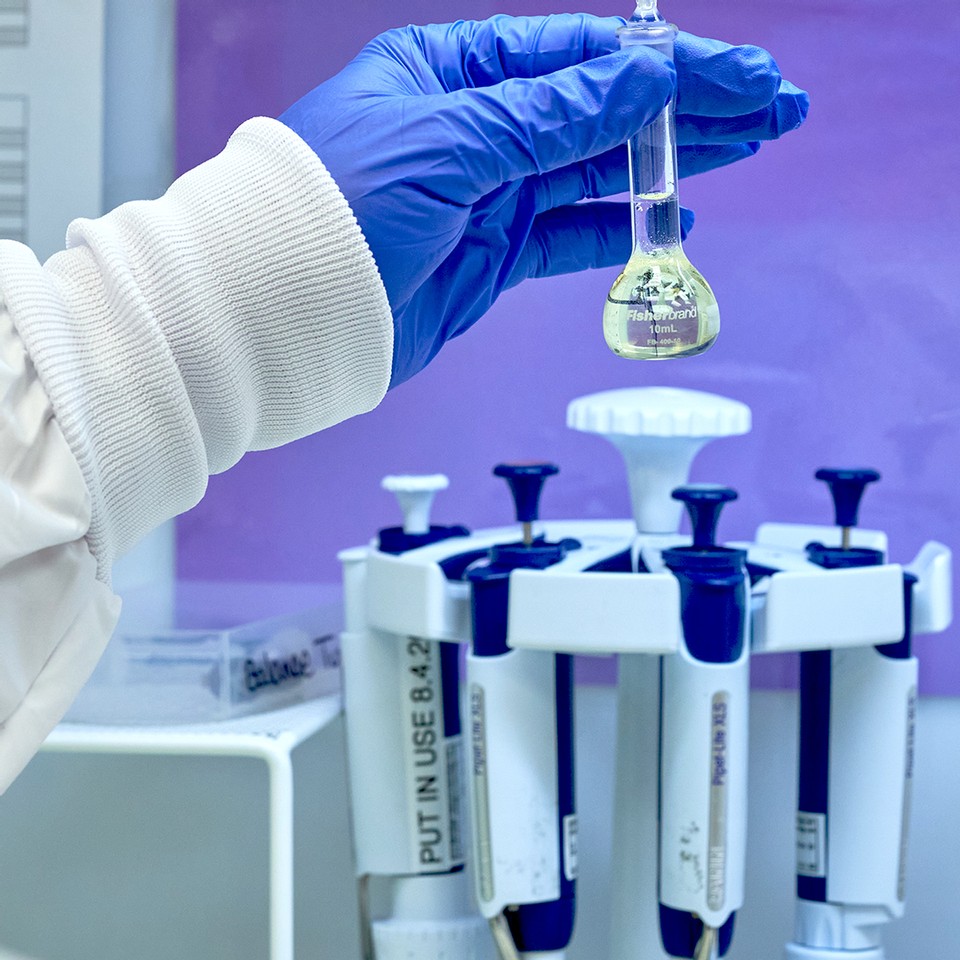 Late last year, the Founder of the American Cannabinoid Association, Matthew Guenther, told us he was excited about the future HHC. But he was hesitant to start selling this legal psychoactive compound due to potential health and safety risks.

At the time, chemists were just learning how to create HHC from Delta-8 THC. And third-party laboratories didn’t yet have proper testing standards to protect consumers. So, immediately after the interview, our ACS team began developing the methods to determine HHC potency and verify product safety.

Today, you can find HHC online and in stores, but not every product undergoes rigorous testing first. So, what are the risks to consumers, and how can the hemp industry raise the bar on HHC quality?

To find out, we sat down with Tyler Workman, Founder of Get Hempd and Florida Nutraceuticals.

ACS: So, how did you get into hemp manufacturing, and what can you tell us about the HHC market today?

TW: I started in CBD sales several years ago but quickly realized I wanted to create my own products. So my partner and I started small, purchasing hemp biomass and extracting CBD to sell it in bulk. That quickly led to white labeling, which is manufacturing products for other brands.

TW: We were so successful that before we knew it, we outgrew three laboratories. So we decided to build a new facility and simultaneously form a joint venture with another lab. Together, we have the largest footprint in the country. And by increasing our market share in minor cannabinoids like HHC and Delta-8, we’re going to change the way things are done.

ACS: What do you mean by that?

TW: We’re going to help eliminate many harmful products in the market today. We also want to stop the unfortunate trend of fake COAs (Certificates of Analysis) containing false information. We want to create absolute transparency and traceability, so people feel confident that they’re receiving a safe, pure HHC product. This is way third party labs like ACS Laboratory are at the forefront of HHC and Delta 8 testing.

TW: Unfortunately, some HHC suppliers are fraudulently selling unsafe and impure formulas to hemp brands, who are unknowingly selling harmful products to consumers. Simply put, there are many products out there that would not pass safety tests due to microbes, pesticides, and heavy metals in particular. Additionally, most HHC products would not pass potency tests because many don’t contain even trace amounts of the compound.

ACS: Why do you think fake HHC products are such a common problem?

TW: Many players in this industry have continually lowered the bar to get bottom-dollar prices for their customers. But in reality, low-budget production is not the best option and certainly doesn’t guarantee quality. Instead, it leads manufacturers to cut corners and fail to filter products properly.

ACS: What do HHC manufacturers need to filter out?

ACS: Do manufacturers HAVE to use metals to make HHC?

TW: Every processor has its own proprietary HHC method. But at a high level, you must start with CBD isolate. Then, you convert the CBD isolate into a Delta-8 concentrate with a potency between 96 and 99%. After that, you hydrogenate Delta-8 in HHC using two active catalysts (typically heavy metals). And once all is said and done, you must go through multiple filtration steps to eliminate the metals before selling the product.

ACS: What are some other problems you’re noticing with HHC products?

TW: HHC comes in a few different forms, and some suppliers are taking advantage of that fact to produce lower-quality goods.

TW: First, you have 9-beta-hydroxy-hexahydrocannabinol, which is most common in the market. It’s a fully synthetic version of HHC and hard to differentiate from Delta-8 in laboratory tests. Since Delta-8 is less expensive, some suppliers mix HHC with Delta-8 to reduce the prices and fraudulently sell them as “pure HHC” using fake COAs from unscrupulous suppliers that are not providing transparency and traceability. Because Delta-8 is banned in certain states, these products could be illegal depending on where the customer lives.

ES: What other types of HHC exist?

TW: When HHC is produced from Delta-8, there are two primary analogs:

HHCr is more psychoactive, according to laboratory and empirical tests, I’ve seen. As a result, it’s more expensive than HHCs, which is more dormant.

TW: We’ve gone around testing multiple brands in the market. We’re seeing that most non-synthetic HHC products are HHCs or S-dominant, containing approximately 70% S and 20% R for about 90% total HHC. Since S is much milder, consumers aren’t going to feel that appropriate psychoactive effect.

TW: However, the bigger problem is that most “HHC” products contain high quantities of Delta-8 THC (not indicated on the label) and up to 3-8% Delta-9 THC, making them federally illicit. Again, transparency and traceability with proper laboratory testing is imperative.

ACS: Have you seen any reputable HHC brands you can point to?

TW: We’ve tested about six brands. I’ve seen two that contained pure HHC. One is Cake, and I’m pleased to see that they are setting the bar high and selling a higher quality product than what everyone else is doing. Some others are Terp Boys, Moon Men, and Puff Puff,

ACS: So, how can hemp brands be sure they’re buying from reputable HHC suppliers?

TW: Brands should never automatically trust the paperwork they receive from HHC manufacturers. Instead, they should send the product to certified third-party facilities, like ACS, to test up to parts per billion for the heavy metals. These labs should also have the proper standards to delineate between Delta-8 and HHC, and ideally, between HHCs, HHCr, and synthetic HHC. Brands should also avoid buying from the lowest cost supplier because pure HHC is expensive to produce, so bottom-dollar companies probably cut a few corners along the way.

TW: If I were a customer, I would start by choosing a brand that provides complete transparency and traceability from seed to sale and accurate laboratory test results including heavy metals. I would want to see full chain of custody. I would also like to see test results from third-party laboratory COAs, not just in-house analytics reports that are easily manipulated. Specifically, I would want to see a third-party COA from accredited labs like ACS.

TW: Consumers should be able to find this information easily via QR codes on the packaging.

TW:  Additionally, as a consumer, I wouldn’t just look for the cheapest product on the market. Anything under $25 may not be HHC. In my view, a one-gram disposable vape cartridge should cost $35 to $60.

TW: I have been fighting against the race to the bottom in this industry for a while. I don’t want to put low-grade products out there just to make a buck. I’m trying to provide a superior product that is properly tested, and I want consumers to feel safe and confident. I know the money will come as long as my company does the right thing and focuses on consumer education.

From there, I believe everything else will fall into place.

Sign up to receive the latest news and information directly to your email inbox!

PrevPreviousFLAVONOIDS FRIDAY: EVERYTHING YOU NEED TO KNOW ABOUT LUTEOLIN FLAVOR, FRAGRANCE, AND HEALTH BENEFITS
NextACS Laboratory Announces New HHC Potency and Metals Testing Bundle; Continues to Be at the Forefront of Cannabis Testing and The Latest CannabinoidsNext

The ACS team continues to grow as the scope of our services expand to meet the ever changing needs of the cannabis and CBD industry. Our in house dedicated scientific team is continuously developing new technology, refining current methods, procedures and protocols. ACS’s 20,000 square foot state of the art laboratory is located just south of Tampa, FL and is the focal point of quality, reproducible and dependable testing and reporting.

Sign up to receive the latest news and information directly to your email inbox.

Sign up to receive the latest news and information directly to your email inbox.